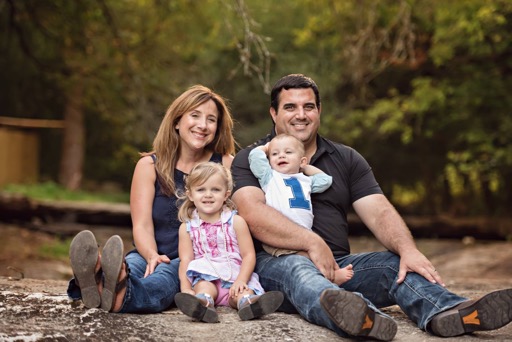 Aaron comes from a long line of entrepreneurs and was fortunate to study under Jeff Sandefer at the Acton School of Business. Aaron founded a highway construction company, Champion Infrastructure, LLC that has crews located throughout the entire State of Texas alongside a highway equipment rental company, ACME Barricades. Aaron is a native of Corpus Christi, Texas and enjoys fishing, hunting, and making deals.

Suzy comes from a family mixed with entrepreneurs, counselors, and teachers. In 2004, Suzy became a college professor and taught undergraduate and graduate research and psychology courses at Tarleton State University and Austin Community College, in 2008, Suzy opened a Life-coaching and counseling practice for the gifted & talented in Cedar Park, Texas, Understanding Giftedness, LLC.  As a researcher, Suzy has presented her research at Statewide, National, and even on International stages for the American Creativity Association, the Texas Association for the Gifted & Talented, and several other conferences.

Personally, Suzy has a true heart for children who are self-motivated, curious, and who display gifted characteristics even if they have never been identified. Suzy grew-up traveling the world and even lived in Saudi Arabia for three years as a child. When her family got back to America, she was first introduced to public school and was never identified as a gifted student until her junior year in high school, and by then she just wanted to get out of school as soon as possible. Thus, she understands first hand what it feels like to fall through the cracks in the public school system and is passionate to never let that occur to any of her students. Even at the collegiate level, “Dr. Suz” was recognized by her colleagues and students and made the “Who’s Who Amongst College Professors” several years in a row.

As a family, Aaron and Suzy enjoy spending time with their children outdoors, going to Aggie Football games, Rugby Games, and traveling. They spend several weeks a year in the Pismo Beach area of California making memories and enjoying God’s creation. They decided to open an Acton Academy in Salado after attending two Acton Academy open houses at the flagship campus in Austin, Texas. “We knew that we wanted our children to go there. The educational standards are exceptional and the opportunities provided to learn resilience, grit, and perseverance in the learning to be and learning to do aspects of Acton Academy are exemplary.”  Thus, Suzy decided to leave her professorship and embrace her Hero’s Journey of becoming not only a Co-founder but the “Head of School” at Acton Academy Salado so she can invite not only her children but other children to embrace a learning environment where they learn to think, to do, and to become heroes themselves.